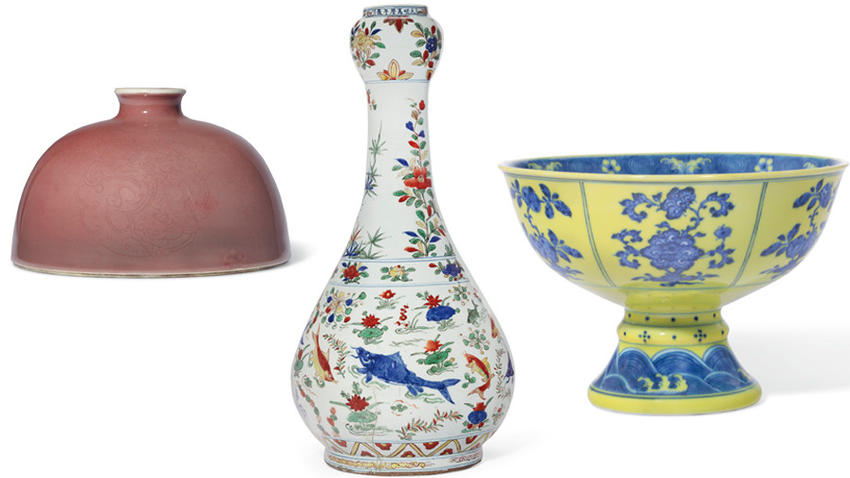 “Our curators are always evaluating and refining the museum’s collection,” the Art Institute said in a statement published by the Chicago Tribune, noting that the decision to sell the works was approved by its board of trustees. “This auction allows us to deaccession a number of works in areas where we have significant breadth and depth, and the proceeds will return to the Asian Art department’s acquisition fund.”

The Art Institute of Chicago owns some 35,000 objects in its Asian art department, which comprises more than 10 percent of its 300,000-work collection. The sale reflects the museum’s ongoing efforts to streamline its collection with an eye toward eliminating redundancy.

In March, the institute deaccessioned 22 Chinese jade carvings at the “Important Chinese Art” sale at Sotheby’s New York during Asia Week, bringing in an impressive $3.15 million. The works, which auction house vice president and Asian art division director Christina Prescott-Walker called “a spectacular offering” in a statement, all sold.

Samuel M. Nickerson and Matilda Nickerson donated this white jade “Imperial Procession” brushpot from the Qing dynasty to the Art Institute of Chicago in 1900. At Sotheby’s New York, it sold for $2.1 million on high estimate of just $1.2 million during Asia Week 2019. Photo courtesy of Sotheby’s New York

Many of the jade works came from the collection of Samuel M. Nickerson and Matilda Nickerson and were donated to the museum in 1900. The most expensive of the trove was a white jade “Imperial Procession” brushpot from the Qing dynasty that was among the house’s top lots in the week, selling for $2.1 million on high estimate of $1.2 million.

Nothing in the upcoming Christie’s sale looks poised to hit seven figures, but expected highlights include a “large wucai garlic-mouth vase of Wanli mark and period,” estimated at up to $300,000, and “a very rare underglaze-blue-decorated yellow-enameled stem bowl of Qianlong mark and period,” with a high estimate of $80,000.

“The selection represents a broad range of categories, notably a strong group of Ming and Qing porcelain donated by celebrated patrons of the Art Institute of Chicago in the early 20th century,” Christie’s said in a statement.

Highlights from the sale are currently on a touring exhibition of Asia which kicked off in Hong Kong on May 23.

The Art Institute is bound by museum guidelines that allows for deaccessioning only when the funds go toward acquiring new works, but there are indications that the museum has other big plans for its Asian art department as well. When it received an unrestricted $50 million donation last April from Janet Duchossois and Craig Duchossois—the largest in its history—artnet News noted that there was institutional interest in opening a new building dedicated to Asian art.