Each January, art dealers and auction specialists return from the holidays to a period of relative calm, free from any bellwether auctions until February. It’s a perfect time to take a look at the trends that could affect the art market one way or another in the year to come.

In March 2018, Clare McAndrew’s report “The Art Market | 2018” indicated that in 2017, global sales increased 12 percent to $63.7 billion, marking a year-to-year increase after two years of declines. All signs point to 2018 also being an improvement on the prior year, with Sotheby’s up 11 percent and Christie’s up 6 percent. But McAndrew’s report also takes into account sales at fairs and galleries, so we won’t know for sure until March.

As for 2019, some are expecting there to be a downturn in sales compared to the last two years. During the Sotheby’s quarterly earnings call in November, CEO Tad Smith noted that potential consignors could be spooked by political destabilization in China and a fracturing economy in the United States, and opt to hold onto their masterworks. Overall, Smith said, the auction house was “planning for market conditions in 2019 to be a bit more subdued than what we experienced at the end of 2017 and into early 2018.”

“With respect to the market conditions, there are uncertainties, including political noise here and abroad, as well as rising interest rates and slowing global growth,” Smith added.

Smith and his colleagues usually treat the earnings call as a forum for spinning bad news in as positive a light as possible, so the bluntness of such a statement shows just how concerned the top brass at Sotheby’s is. 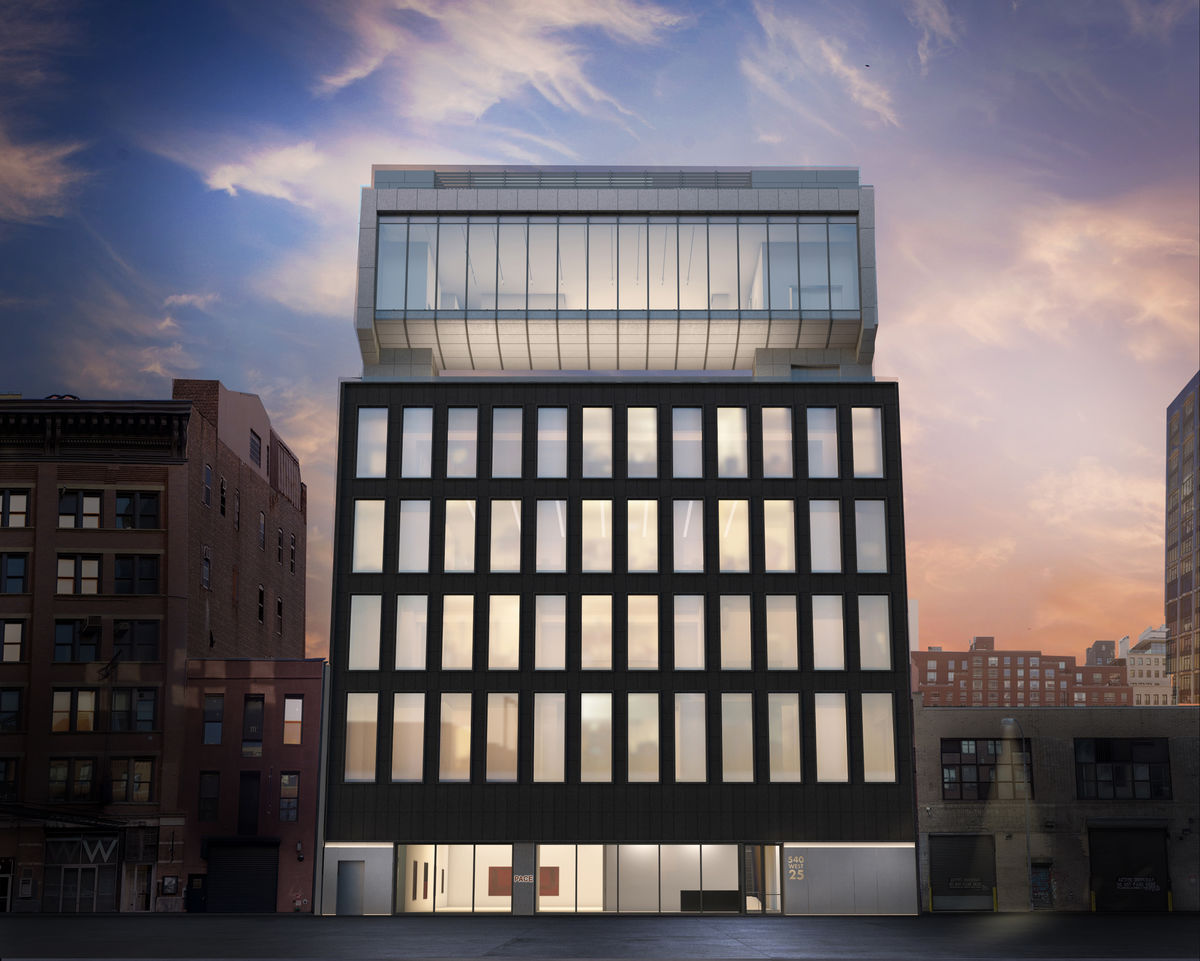 Mid-tier galleries have spent the last few years trying to deal with skyrocketing rents in Chelsea, the New York neighborhood that has dominated the city’s art landscape since the early 2000s. In 2019, another neighborhood has emerged as a viable alternative: Tribeca, the loft-laden downtown area that’s been an artists’ haunt since the 1980s, but until recently was known more for its trendy boîtes and eponymous film festival than its white cubes. Among those moving in are Chelsea’s James Cohan and Andrew Kreps, who will join Bortolami, which left the main gallery district for Tribeca in 2017. From the Lower East Side comes Canada, and from Brooklyn comes The Journal, which will move in right next door to art advisor Lisa Schiff.

Meanwhile, the mega-galleries that can afford to stay in Chelsea are doubling down and building up. The new eight-story, 75,000-square-foot Pace building will open on West 25th Street in the fall; Hauser & Wirth is still readying its first purpose-built gallery complex at 542 West 22nd Street; and David Zwirner—who already has a museum-sized space on West 20th Street—is planning a five-story, $50 million building for his gallery at 540 West 21st Street. It’s being designed by  Renzo Piano and is set to open in 2020.

The end of the year always brings a few high-profile auction world departures, but Christie’s has perhaps never seen a hemorrhaging of talent from a single department like it did at the end of 2018. The department’s international director Koji Inoue left to run Hauser & Wirth’s Upper East Side gallery, while Francis Outred and Loic Gouzer—heads of the post-war departments in Europe and New York, respectively—departed without specifying their next moves.

Auction houses losing key talent to galleries beefing up their secondary market machinery is not a new phenomenon, but the recent brain drain at Christie’s reshapes its entire team, and deprives the house of three big-game consignment hunters with few equals in the industry. Gouzer was the primary architect of the sale of Leonardo da Vinci’s Salvator Mundi (ca. 1500), which became the most expensive artwork ever sold when it was purchased by Saudi crown prince Mohammed bin Salman in November 2017. Outred, meanwhile, secured for the house the Francis Bacon triptych Three Studies of Lucian Freud (1969), which sold for $142.4 million in 2013. And Inoue was integral in forging client relationships throughout Asia, helping to secure a Cy Twombly work in 2017 that had long been in the collection of a secretive Japanese businessman.

The ship is still being steered by chairman Alex Rotter, alongside fierce Christie’s stalwarts such as executive deputy chairman Barrett White, deputy chairman Andy Massad, international director and head of department Sara Friedlander, head of sales Johanna Flaum, and head of evening sale Ana Maria Celis. But with the next major sales coming up in London during the first week of March, Christie’s needs consignments to come in now.

The rise of Taipei against mainland China

With auction houses reporting a decline in bidding from mainland China, the market is poised to anoint Taipei, the biggest city on the semi-independent island of Taiwan, as a new global art-selling capital. On January 18th, Taipei Dangdai, the first fair in the city devoted entirely to contemporary art, will open under the tutelage of former Art Basel in Hong Kong director Magnus Renfrew, and mega-galleries such as David Zwirner, Hauser & Wirth, Gagosian, Thaddaeus Ropac, Pace, and Lisson all signed on for the inaugural edition.

Taipei Dangdai’s swift embrace by the world’s top galleries shows how collectors in Taiwan—which is officially called the Republic of China and is not an independent nation, but has little interaction with the mainland—have made the island an essential piece of any serious gallery’s Asia strategy. Sean Kelly Gallery, long a single-gallery operation in New York, chose to open its first overseas location in Taipei, and will have a project space that’s run by newly hired director of Sean Kelly Asia, Gladys Lin. And when Lévy Gorvy announced in November that it would be opening a gallery in Hong Kong, it also announced that it had hired a staffer to work in an office in Taipei.

The coronation of a new Asian art market hub comes at a time when collectors in mainland China have been buying less at auctions and fairs. The main reason for the downtick appears to be a government crackdown on spending money outside of the country, which is happening amidst a trade war with the United States that is cutting into profits. The first quarter of the year ends with Art Basel in Hong Kong, and by then, we should have a better sense of which parts of Asia are fueling the continent’s art buying.

The effect of Saudi Arabia’s investments

Political uncertainty may indirectly affect the overall mood of the market; just as often, auction houses and fairs are hit directly by the decisions of foreign powers. Case in point: In April, Hollywood super-agent Ari Emanuel threw a dinner for the crown prince of Saudi Arabia, Mohammad Bin Salman (MBS for short), at the Santa Monica home of producer Brian Grazer and his wife. They dined while surrounded by works by Richard Prince,  Gerhard Richter, and Ed Ruscha to celebrate MBS’s 5- to 10-percent stake in Emanuel’s entertainment company, Endeavor—which is the majority owner of Frieze, the art fair and media giant—that the Saudi sovereign wealth fund had purchased to the tune of $400 million.

Such a deal was already somewhat controversial given Saudi Arabia’s checkered human rights record, bombing campaign in Yemen, and MBS’s power consolidation that involved imprisoning his enemies in the Riyadh Ritz-Carlton. But it was not until the journalist Jamal Khashoggi was assassinated at the Saudi consulate in Istanbul that Emanuel began the process of pulling out of the deal, telling the Hollywood Reporter that he was “personally…really concerned.” That’s a large chunk of change to have to return, and it remains to be seen how it will affect the launch of a new Frieze fair on Endeavor’s home turf: Frieze Los Angeles, which will hold its inaugural edition in February.

Frieze’s parent company is out nearly half a billion dollars, but other art world entities are still figuring out how involved to be with a wealthy Saudi government intent on investing in cultural infrastructure. In December, it was revealed that Sotheby’s has been in talks with MBS to build an art city in an archaeologically rich part of Saudi Arabia’s deserts. The auction house is still in an “exploratory phase,” according to a spokesperson for the country’s cultural commission. And in November, the magazines ARTnewsand Art in America were sold to Penske Media Corp., which in February accepted a $200 million cash infusion from the sovereign nation’s Public Investment Fund.